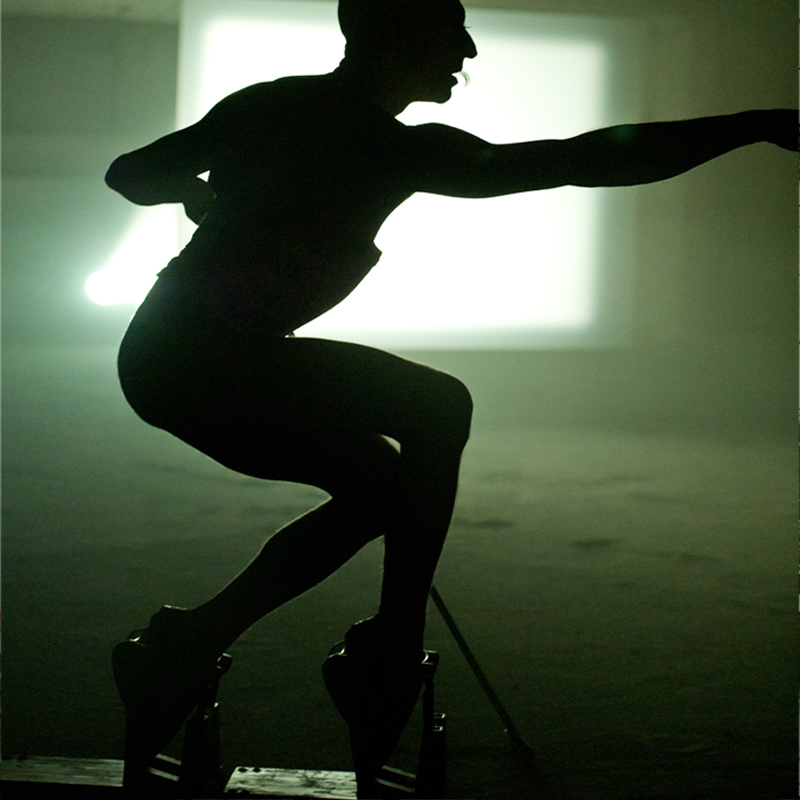 What is played through Steven Cohen’s installation- performance is at the crossroads of testimony, investigation and poetic rambling. Costumes, videos, phosphorescent lights and rats are the beacons of a place intentionally not situated in terms of periods and continents, on the edge of history and imagination.