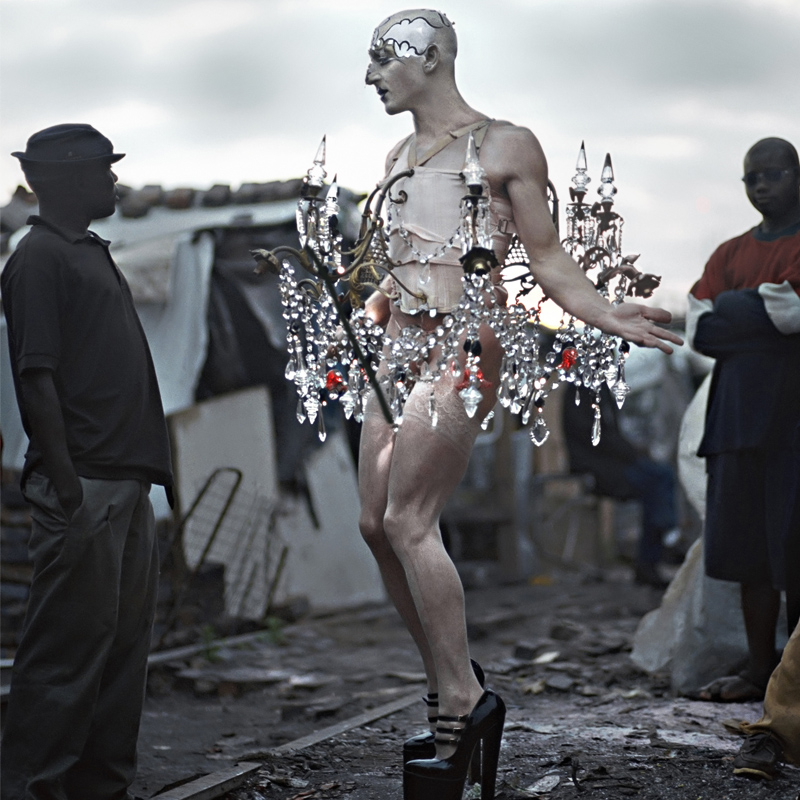 Chandelier is a performance by Steven Cohen made for the first time on video in 2001, in South Africa in the middle of the black homeless people of Johannesburg during the destruction of their slum by the municipal employees. A ballet where violence is omnipresent.

“By my moving in a chandelier-tutu through a squatter camp being demolished, and filming it, I’m creating a digital painting of a social reality, half beautifully imagined, half horribly real. ”

Chandelier‘s work reveals through performance art, dance and film, the contradictions between Europe and Africa, white and black, rich and poor, shadow and light, the private and the public, the strong and the oppressed, security and danger.